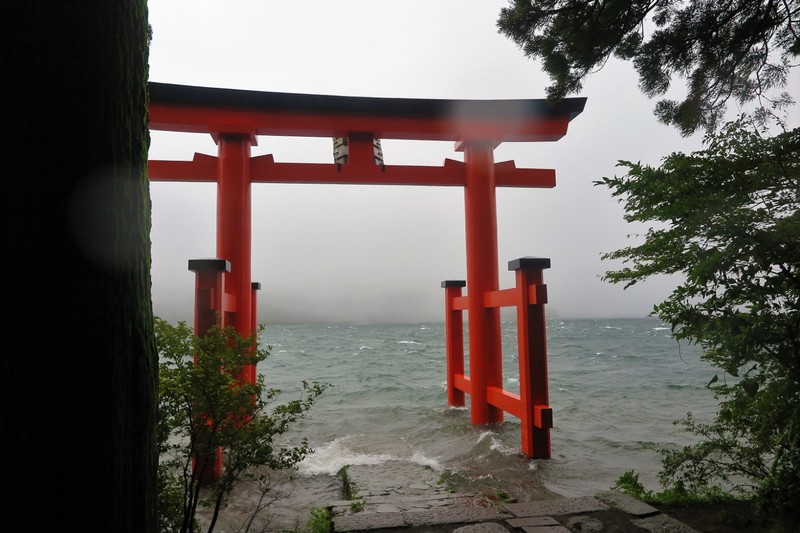 Today we initiated our Japan Rail Pass, and so to take advantage of that we travelled out of town to Hakone. This mountainous area known for its onsens and views of Mt Fuji is west of Tokyo in a National Park. Hakone is well promoted not only for the onsens but for the scenery and the many activities that can be done here.

It was our first trip on a bullet train, or 'Shinkansen'. We arrived via subway to Tokyo station in time to reserve seats and find our platform. As we waited the cleaners lined up, women in pink, men in blue. Before we all entered, the passengers lined up neatly, as they do here in Japan. Even the jolly Wallaby supporters. 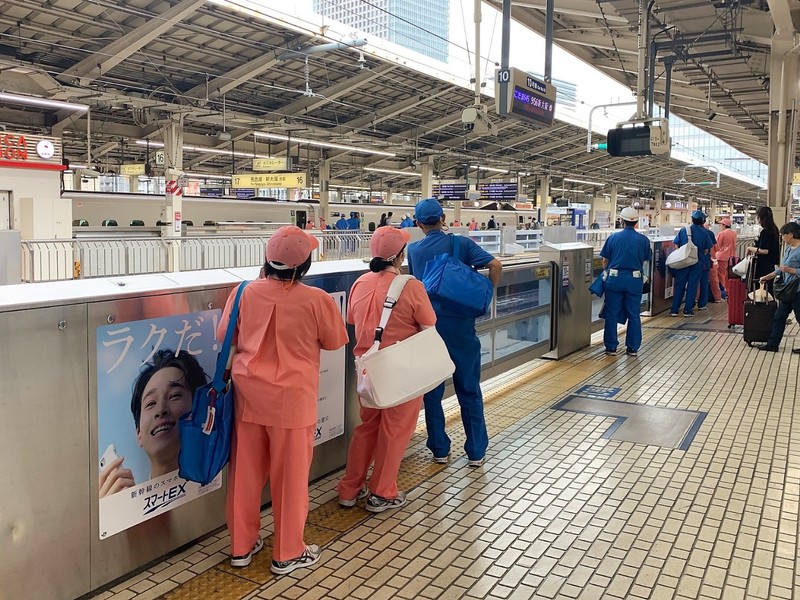 Shinkansen cleaners ready to rush on to the train 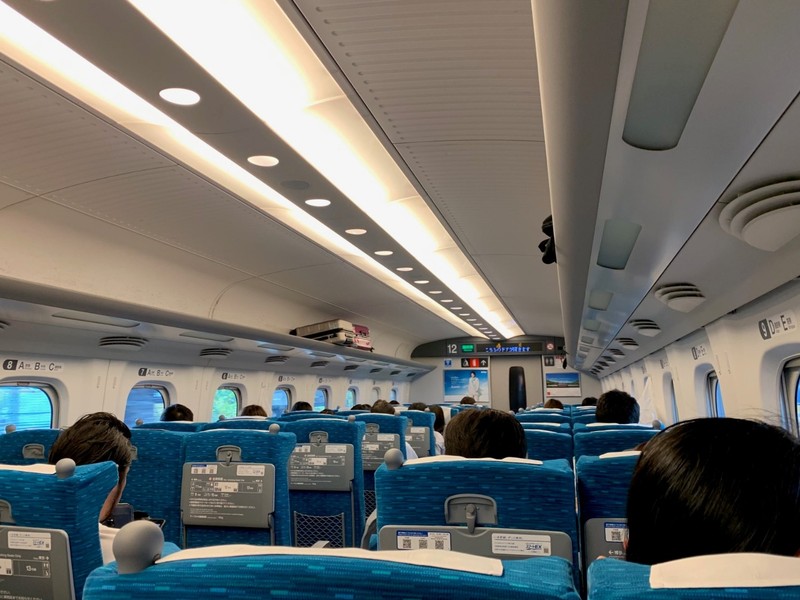 When we arrived at Hakone-Yumoto Station we bought tickets for travel around the Hakone area and then took the Hakone Tozan train up hill. The train was crowded so we decided after that to go first to Lake Ashi by bus. 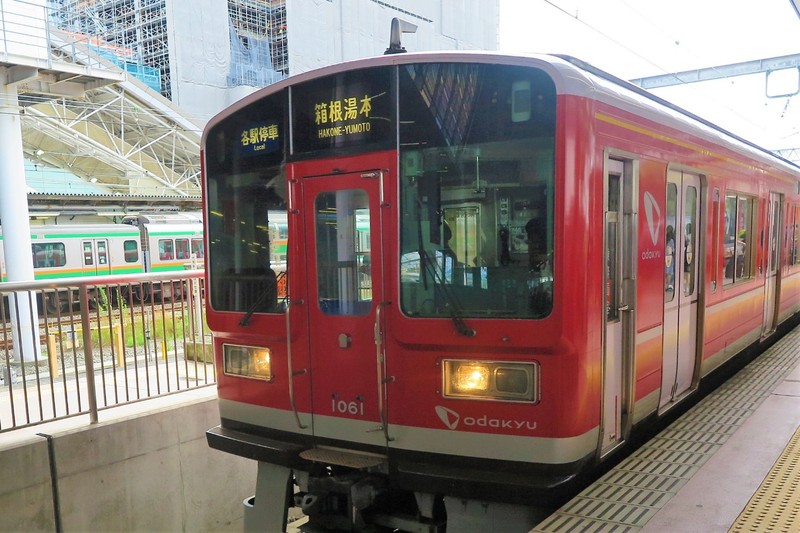 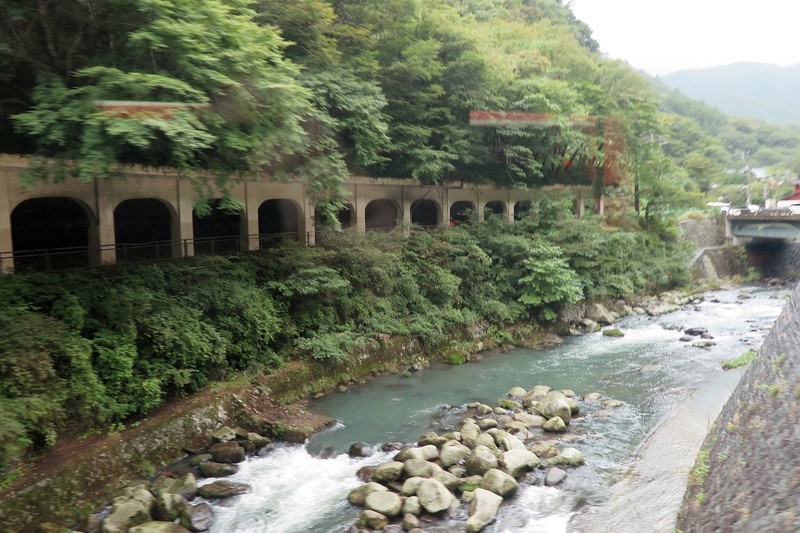 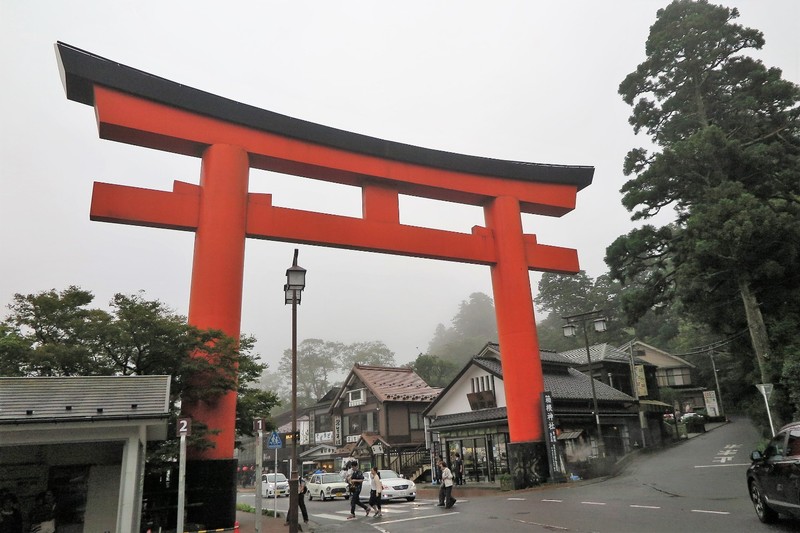 Tori Gate at entrance to Motohakone-ko by the lake

We knew when we left Tokyo that we would be not seeing Mt Fuji from the lake, as the day was cloudy. A typhoon has been brewing for days further south. But we were surprised that when we arrived at the lake area that the gale blowing there was enough to blow you off your feet. There was light rain as well. So we entered the first cafe we found and had lunch. As you do. 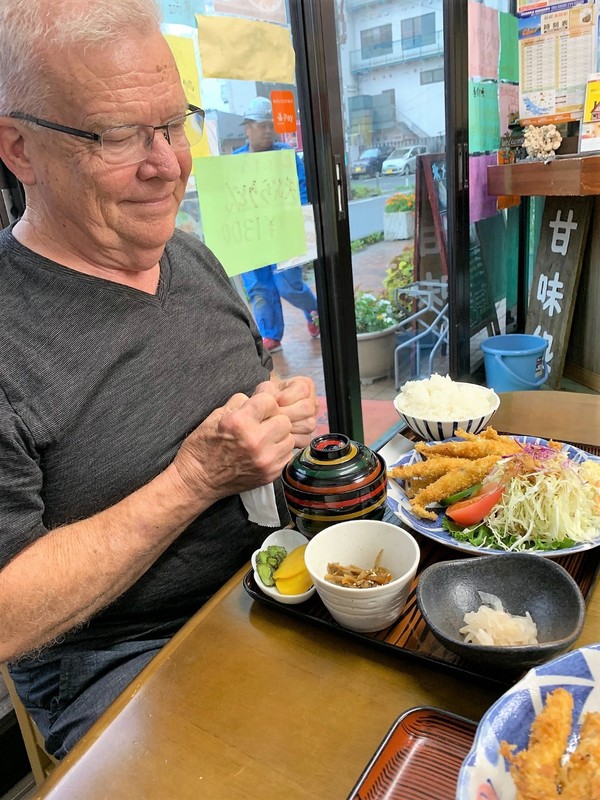 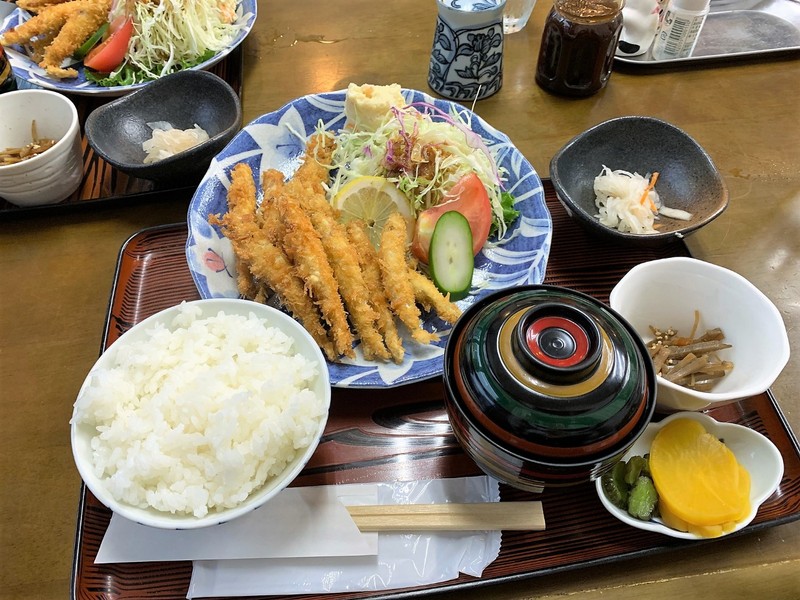 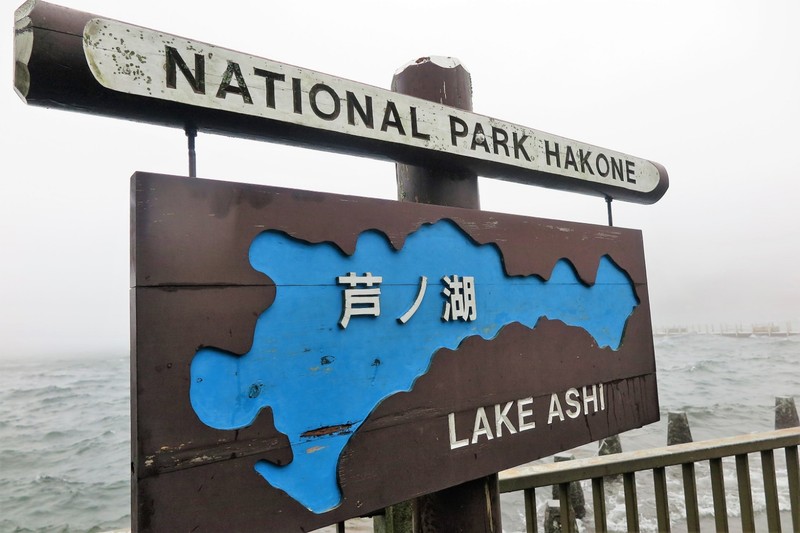 We are in a National Park

After lunch, not to be deterred by the wind, we took a walk. The lake was boiling, and the wind wild. The large Pirate Ship (??) that usually takes tourists on the lake was bucking in the waves. When low cloud almost covered her I could imagine the pirates aboard making sure that they stayed afloat. And perhaps taking another swig of something. 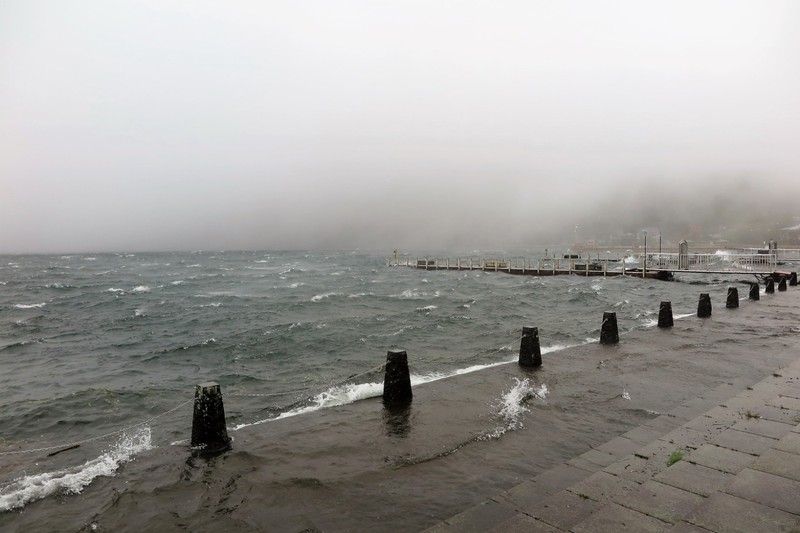 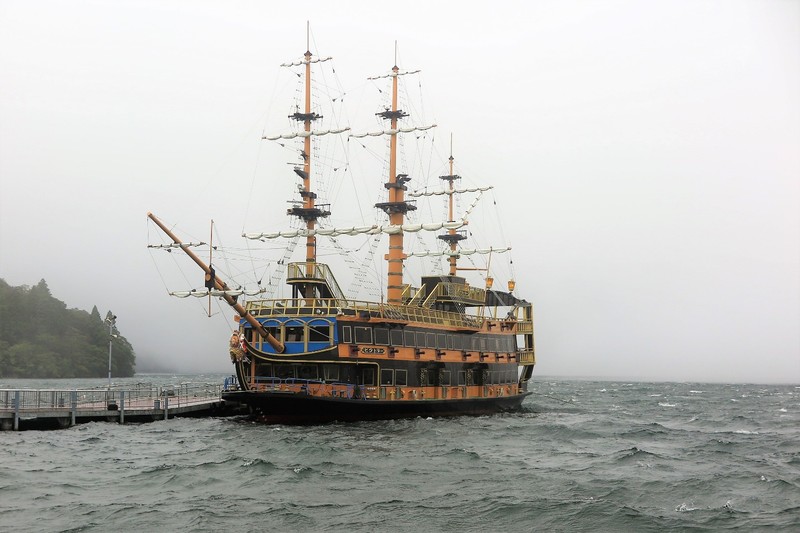 It was under a kilometre to a large Tori Gate in the water by the Hakone Shrine. Very picturesque, but hard to get a picture. There was a line-up of people waiting for their turn to stand by the gate and pose. And of course as we know, this is not about a quick picture. The couple pose together, then each separately, then she thinks of another pose etc etc. I just grabbed some shots from the side. But I am sure others had a much more Instagrammable shot. 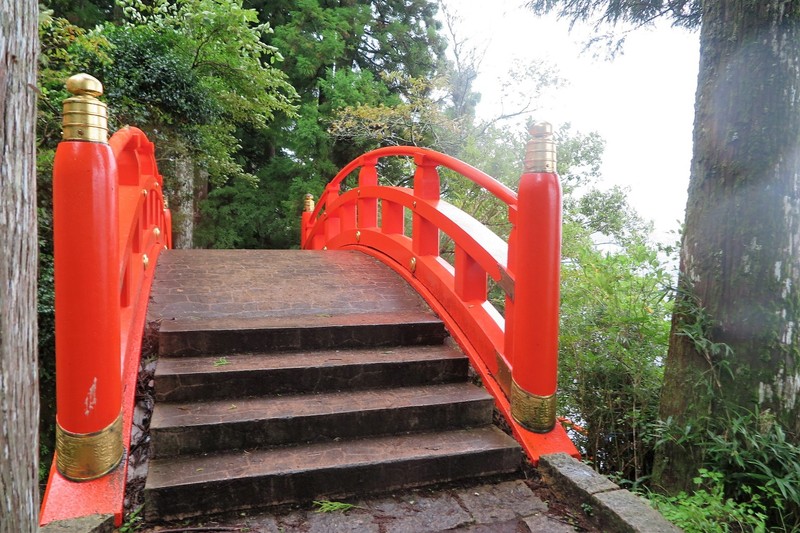 Walking to the lakeside Tori Gate 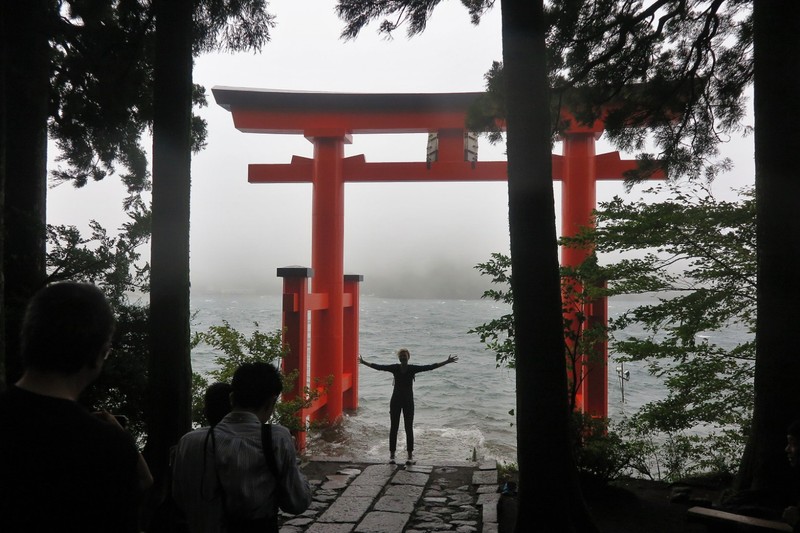 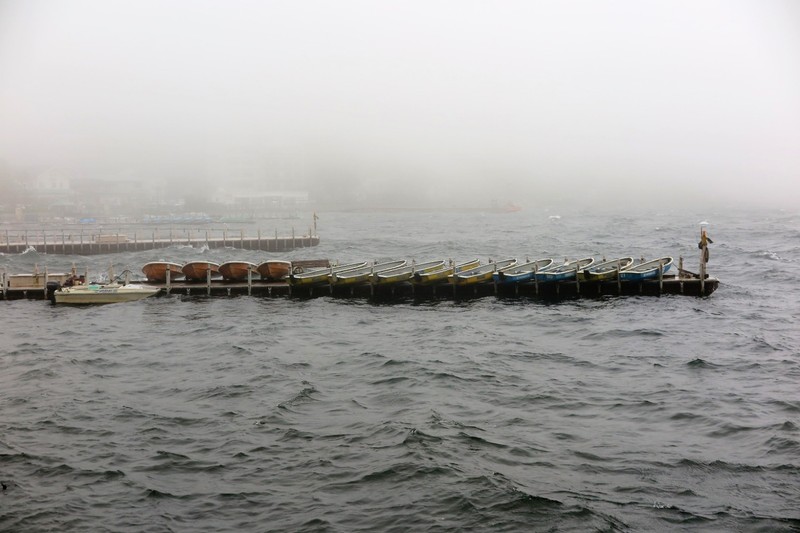 The wind is whipping up the water 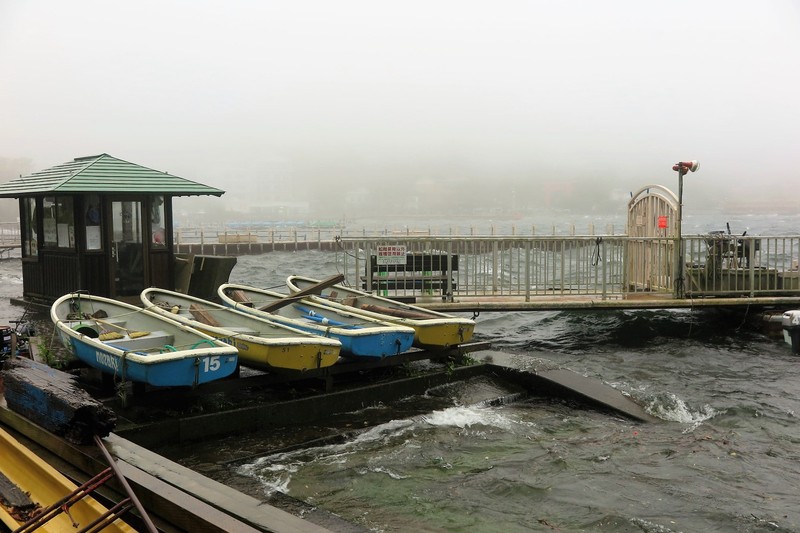 Grey and windy but not rainy

By now the weather was getting worse and there were apparently long delays on the narrow mountain road, so we decided to catch a bus back to the train station. It did not take long and soon we were back on the Shinkansen to Tokyo. Not great weather, but somehow the wildness of the weather added to the atmosphere of our visit. I'm sure that is how we will remember Hakone. 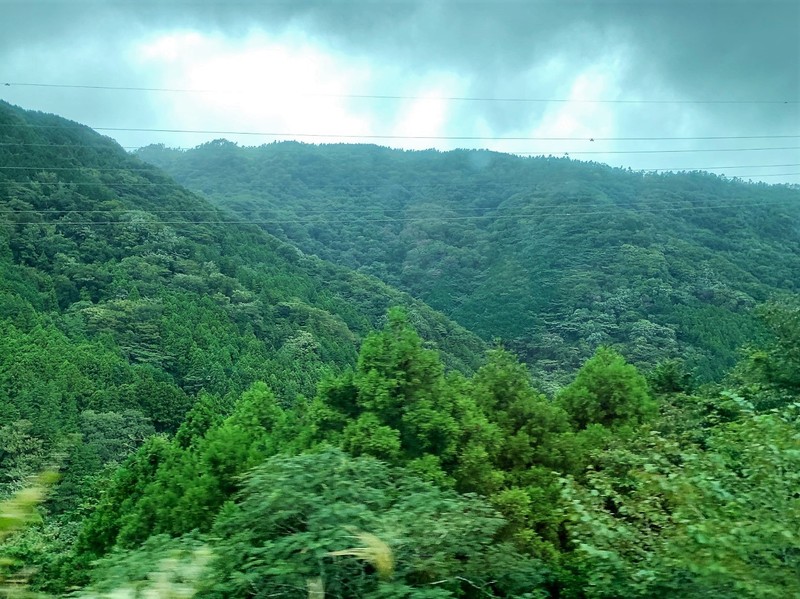 This time another bus route - all down hill 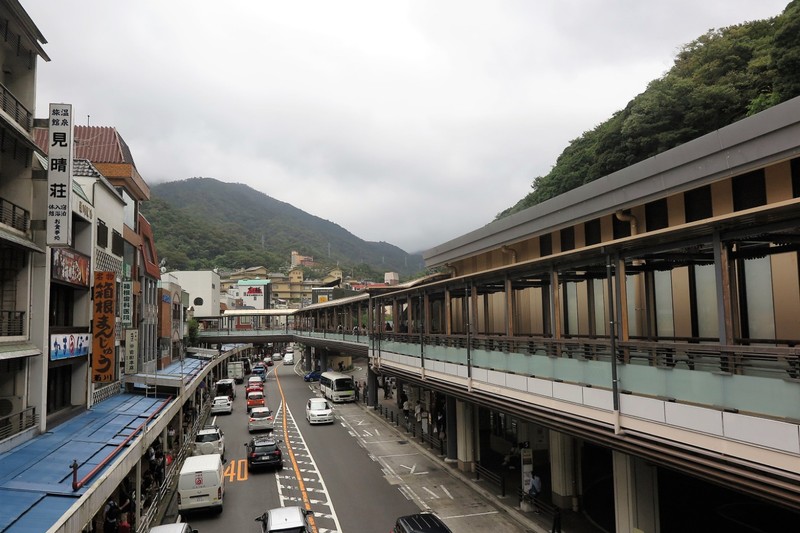 Before we caught the train to our local we stepped out of the station to catch a view of the famous Shibuya scramble crossing. Here there is something happening in every direction - multiple TV screens, and lights flashing advertisements and news. And of course below is the intersection that regularly fills with pedestrians surging across the intersection, meeting in the middle, and then going their various ways. It is rumoured to be busiest intersection in the world, but it was not while we were there. At 4pm traffic was still building up, but here also the wind was now also strong, so it was time to go home. 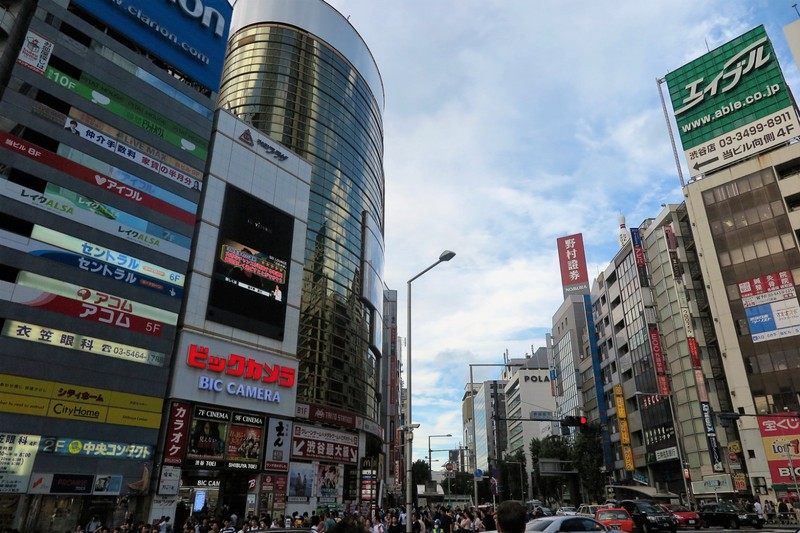 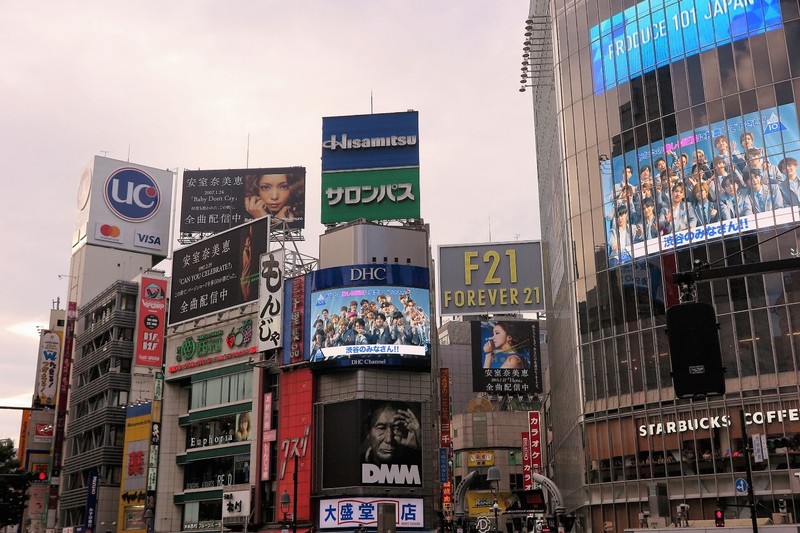 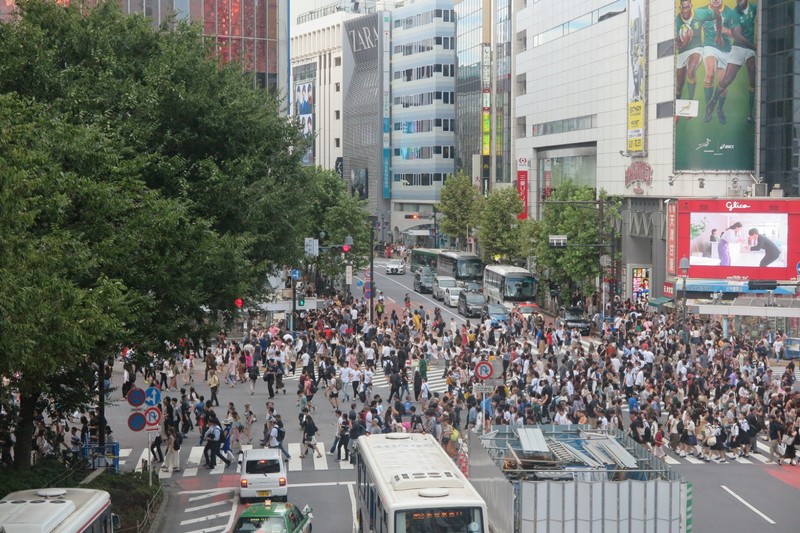 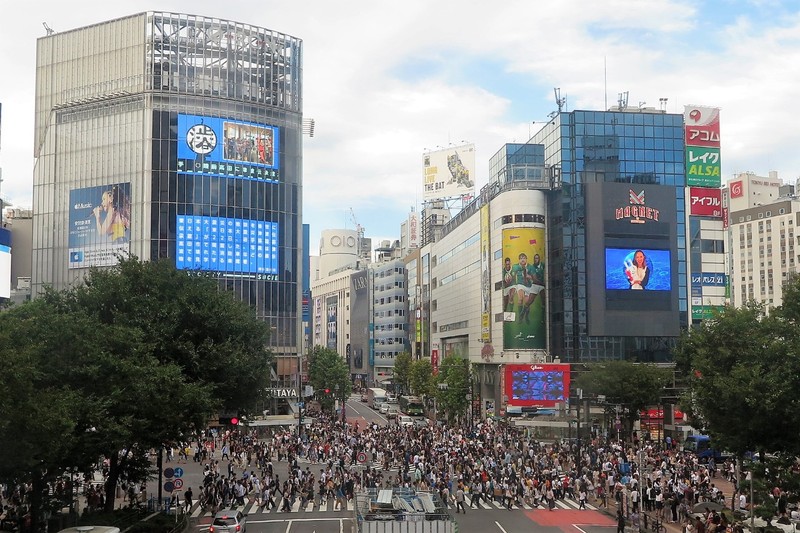 Quiet before the 5pm rush

Posted by jannettek 04:15 Archived in Japan

Previous Next Table of contents

Interesting to see Hakone in this weather - we were lucky and saw Fuji on the morning of our visit, although she was covered in cloud by the time we got down to Lake Ashi. I love the caption on your last photo

Loving the entry ... those people posing ... it is a hardship for me as well to be patient! :P

This blog requires you to be a logged in member of Travellerspoint to place comments.

If you aren't a member of Travellerspoint yet, you can join for free.